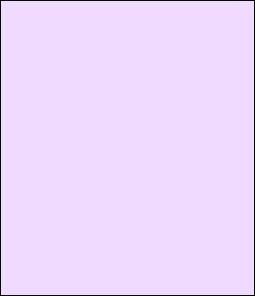 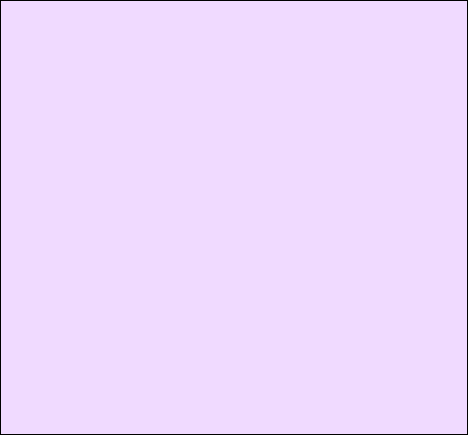 In a working life that has spanned some thirty five years I have followed a somewhat winding career path. Having been dissuaded from my initial career choice of medicine (which was the only bad advice (in my opinion) that my father ever gave me), I decided to take a degree in Fine Art in order to become a ‘commercial artist’. I soon discovered that churning out ‘art’ day after day to somebody else’s specs was definitely not for me and  I decided to follow my Dad’s footsteps into the computer world.  For the next thirteen years or so along side getting married, raising a family and finally divorced this was the beaten path I trod.

During this period of my life having always had a very ‘arty crafty’ side to my nature, for relaxation (amongst other interests and hobbies such as cross stitch and being a bookworm!) I took classes in making and dressing porcelain dolls - I look back now at my initial efforts and I cringe, I was SOOO proud of those dolls!! My daughter still laughs when she reminds me that the first doll I ever brought home from night school looked like ‘Chucky’! I do believe that my Mum still has that little person tucked away somewhere at home.

A year after my divorce I met and fell in love with a wonderful man, Eamonn, who very quickly became and has remained  my best friend, lover and confidante. He has steadfastly supported me every step of the way - no matter what scrapes I have managed to get my self into. Anyway enough of the soppy stuff! For Christmas about 15 years ago he surprised me with my very first dollshouse, Greenleaf’s Beacon Hill. When the house was ready for habitation I had enormous difficulty finding any little people that I liked, so for my birthday that year Eamonn bought me some dollshouse doll molds and I was off and running! 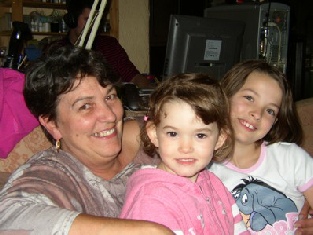 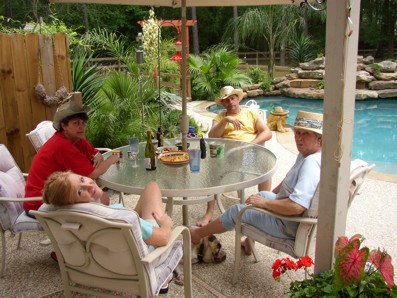 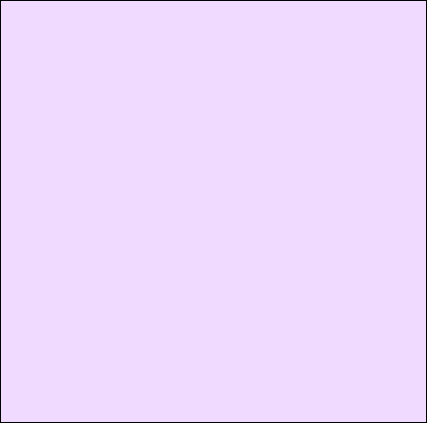 When Eamonn had a heart attack 13 years ago and was told that he needed to get out of the ‘rat race’ and find a less stressful occupation than the advertising world, we decided to take the plunge and delve into the world of miniatures (me) and furniture restoration (Eamonn) fulltime.

As a result of this decision the very first miniatures fair I attended as a maker of miniature dolls was the first ever Alexander Palace Miniatures fair - the rest as they say is history! I spent the next few years running The Dollworks and designing the ‘pattern packs’ for which The Dollworks became so well known, and writing on a regular basis for Dollshouse and Miniature Scene.

Unfortunately, 5 years ago I was diagnosed with Non-Hodgkins Lymphoma and spent the next few years see-sawing between periods of relative stability, both health and sanity wise, and being away with the fairies (thanks to the chemotherapy).

I would like to take this opportunity to express my thanks and gratitude to all of our customers, students and show organisers who stood by me during this very difficult period in my life when I was extremely forgetful, unable to function at my best and, I am sure, tried everyone’s patience to the limit! and to apologise to anyone that I may have upset or let down in anyway during this time. 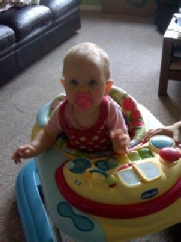 As my health stabilised Eamonn and I decided to relaunch the miniatures as O’Rourke Miniatures and to expand our range of products to include furniture, food and accessories.

This has proved to be a very sound decision as the company continues to go from strength to strength.

We seem to have acquired a certain ‘Tudor’ flavour! No doubt due to the fact that the one show we have always continued to exhibit at has been the Chicago Int. Show - and our American friends really seem to like that period of English history.

Beccie, the youngest and
latest addition to my
‘girls’!